nce again I had a headache from hell so I had to take the Excedrin Migraine with caffeine in it. So I'm up for possibly the next 72 hours. I don't know. For the past week or so I haven't been on my meds (not all of them) because 1) I fucked up my car 2) I didn't want to run out of shit like xanax since I didn't know when I'd be able to get more.

Also, I'm beginning to think I'm allergic to caffeine. I keep meaning to google that. Hold on...

HOLY SHIT! I think I really am allergic to caffeine! I had my first ever panic attack after being up for 2 days & then taking the migraine pills with caffeine so I could stay awake long enough to drive to & from the surgeon who took out Evan's wisdom teeth.

Entyway, my cousin was able to take me to Wal-Mart today to get my prescriptions and more MILK AND RAMEN for The Boy who eats like an entire football team (one of the reasons I buy lost of ramen is because it's cheap & he likes it. So what if it's not the healthiest diet. YOU raise a teenage boy on a fixed income and tell me what YOURS eats, bitch!)

Anyway, on the way back I thanked my cousin for driving me and she said "No problem, Cuz. I love you when you're off your meds, but I love you more when you're on them."

I'm sure The Boy will appreciate it too because yesterday he asked me if I was on my period. I was not. He didn't believe me, LOL.

I guess me without xanax or cigarettes is like having PMS 100% of the time.

Sucks to be him.

Anyway, since I am up so late I will put several posts in one. I'll understand if you don't read the entire thing, just promise you'll come back @ a later date to read it because I really am an awesome writer and I'd hate for you to miss out on any of the gems I have in store for you. :-)

Movies I saw during the free Showtime preview this past weekend include: Inglourious Basterds, Knowing, Extract, Extraordinary Measures, Push, and Joan Rivers: A Piece of Work. I will do quick reviews of each movie.

Inglourious Basterds
Starring: Brad Pitt, Eli Roth
Director: Quentin Tarantino
Genre: War, Dramedy
Plot(from IMDb.com) target: In Nazi-occupied France during World War II, a group of Jewish-American soldiers known as "The Basterds" are chosen specifically to spread fear throughout the Third Reich by scalping and brutally killing Nazis.
Should you see it? Yes
Rating (out of 5 hearts): ♥♥♥♥
My Comments: The only reason I didn't give it 5 hearts is because half the fucking movie was subtitled and the "genius" Tarantino decided to use yellow (???) for the color of the subtitles. I don't mind subtitles, I usually have the captions on anyway because I'm half deaf from all those years I spent listening to Prince music at full volume on my father's stereo headphones (in other words, it's like I spent 5 years going to Heavy Metal concerts every night). The yellow is hard to see. Had he chosen a different color...like PURPLE or some other color that wasn't in the movie background I wouldn't have had to pause the movie every time the yellow fucking captions went by too fast for me to read them. I read fast. Took a speed reading course even AFTER I knew I read faster than most people. So, yeah, FUCK YOU Quentin for the yellow captions. Asshole.

But the movie itself was good. It was funny and left me wishing that things really had happened that way. In case you were wondering, Tarantino managed to work his foot fetish into this movie too, LOL.

Knowing
Starring: Nicholas Cage, Rose Byrne
Director: Alex Proyas
Genre: Mystery, Sci-Fi
Plot(from IMDb.com) target: A teacher opens a time capsule that has been dug up at his son's elementary school; in it are some chilling predictions -- some that have already occurred and others that are about to -- that lead him to believe his family plays a role in the events that are about to unfold.
Should you see it? Yes
Rating (out of 5 hearts):
My Comments: I haven't finished watching it yet, but the only reason is because I had so much shit taped from that weekend that I had to start watching other stuff before the DVR started deleting. I have it saved "until I delete" and I WILL finish it soon because what I have seen is interesting. As long as the ending doesn't let me down, I will probably end up buying it.

The girl in the beginning of the movie looks like Christina Ricci when she was in The Munsters or whatever that movie was back in the '90s.

Extract
Starring: Jason Bateman, Ben Affleck, Kristen Wiig
Director: Mike Judge (of Beavis & Butthead)
Genre: Comedy
Plot(from IMDb.com) target: Joel, the owner of an Extract plant, tries to contend with myriad personal and professional problems, such as his potentially unfaithful wife and employees who want to take advantage of him.
Should you see it? Hell to the YES!
Rating (out of 5 hearts): ♥♥♥♥♥
My Comments: I watched this movie because I loved Beavis & Butthead, for Kristen Wiig because she's hilarious on SNL & Justin Bateman because I tend to love everything he's in. :-)

Totally worth it. I wouldn't even have been mad if I had paid to see it, unlike "Dinner for Shmucks". I didn't review that. But I went to the theater to see that shit because of Steve Carell & they had played all the best bits in the commercials for it. If you haven't seen that piece of decroded crap, wait for it to come on Comedy Central or something.

Anyway, loved this movie. Too bad I had to delete it because of space on my DVR. :-(

Extraordinary Measures
Starring: Harrison Ford, Brendan Fraser
Director: Tom Vaughan
Genre: Drama
Plot(from IMDb.com) target: A drama centered on the efforts of John and Aileen Crowley to find a researcher who might have a cure for their two children's rare genetic disorder.
Should you see it? If you love Harrison Ford &/or You saw an advert for it and wanted to see it anyway
Rating (out of 5 hearts): ♥♥♥
My Comments: I am not a fan of Brendan Fraser. The only movies I remember enjoying with him in them were the Mummy franchise movies. I only watched this because of Harrison Ford. I fell in love with his acting in "Regarding Henry" and usually watch everything he's in.

This movie IS redeemed by Ford. He plays a character I've never seen him play before, which is an unsympathetic asshole. I mean, Han Solo was a wise ass, but he was charming. In the beginning of this movie I did not like Ford's character. But by the end he had shown some heart and I liked him.

I am a little confused about whether or not this was based on a true story. I don't remember seeing anything that indicated that in the title credits, but at the end of the movie they showed "So & so went on to blah blah" like they do when a movie is based on true events or real people.

I'm not sorry I watched it, but I don't know if I'd watch it again.

Push
Starring: Chris Evans, Dakota Fanning
Director: Paul McGuigan
Genre: Sci-Fi
Plot(from IMDb.com) target: Two young Americans with special abilities must race to find a girl in Hong Kong before a shadowy government organization called Division does.
Should you see it? *shrugs* If you like the genre or looking @ Djimon Hunsou.
Rating (out of 5 hearts): ♥♥
My Comments: I hadn't planned on watching or recording this, but Evan wanted to see it, so I recorded it. While he was watching it I was on the computer but I kept turning around to see the movie or ask him what was going on. He said "Why don't you just watch it when you want to & stop asking me what's going on every five seconds!" So I did. It was ok. I liked it better than freaking Hancock which is odd since I gave Hancock a higher rating. I'm thinking I need to adjust my rating criteria...

**Edited to say: If you liked the movie Jumper you'll probably like this. They are similar, IMO.

Joan Rivers: A Piece of Work
Starring: Joan Rivers, Kathy Griffin
Directors: Ricki Stern, Anne Sundberg
Genre: Documentary
Plot(from IMDb.com) target: A documentary on the life and career of Joan Rivers, made as the comedienne turns 75 years old.
Should you see it? If you are a Joan Rivers fan.
Rating (out of 5 hearts): ♥♥½
My Comments: I like Joan Rivers when I see her on Fashion Police or TV interviews like The Wendy Williams show.

I apparently need the constraints of television for people like Whoopi Goldberg & Joan Rivers. They make me laugh on TV, but I would not go to see their act in person if I were offered a free ticket.

I will give Rivers credit for allowing them to shoot her without makeup & for allowing them to shoot her at all because High Definition TV shows exactly how deformed she is from all of her plastic surgery (like Janice Dickenson). Pre-movie, I thought "She looks soooooo much better than she did in the 70s. She's had good surgeons." Post movie, I'm like "What the FUCK did they do to her face to make it lumpy like that? Ew. That face is made for Standard Definition tvs" 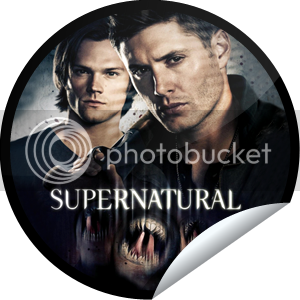 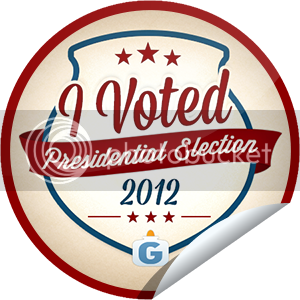 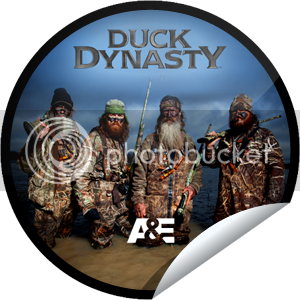 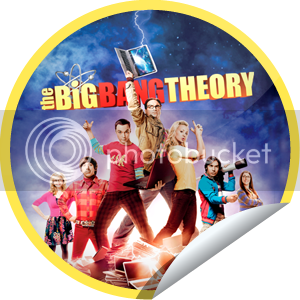 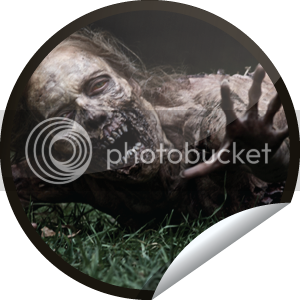 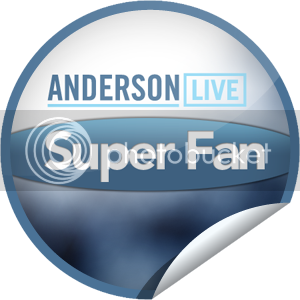 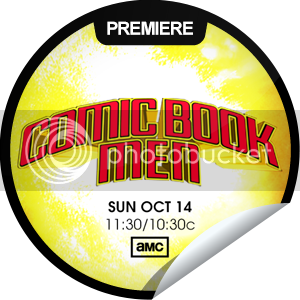 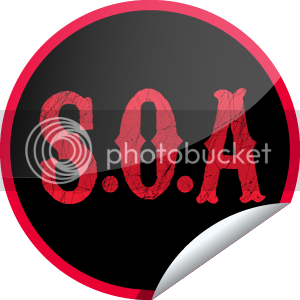 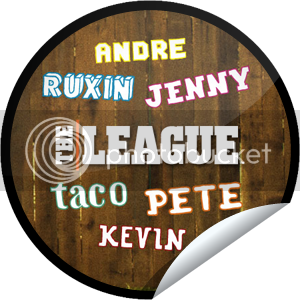 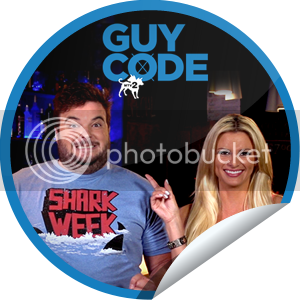 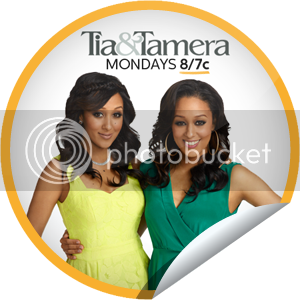 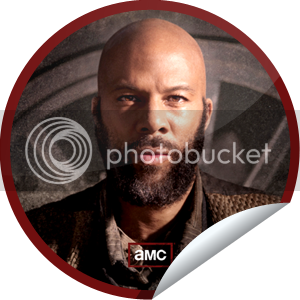 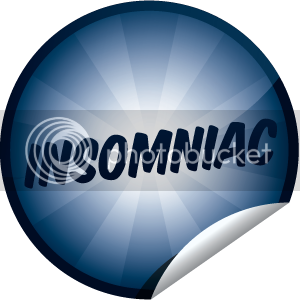 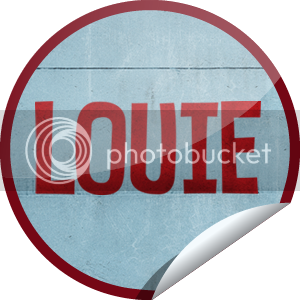