I was about to get on here & rant about Jennifer Hudson's big head and her fucking commercial that plays on EVERY commercial break but I was distracted by this: 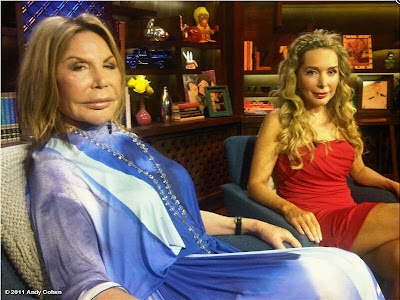 Click it to make it big so you get the actual fright that I got when I saw it on my 26" screen. The older woman (Elsa Patton) is on "Watch What Happens" right now with her daughter who is a Real Housewife of Miami (I don't watch that show).

I cannot for the life of me understand WTF she's saying. She needs subtitles.

Anyway, I just really want to know what happens to people that lets them get this far with the plastic surgery shit before they stop!?!!? Seriously, look at her jaw. Joan Rivers would look like this is she were able to get more surgery, IMO. 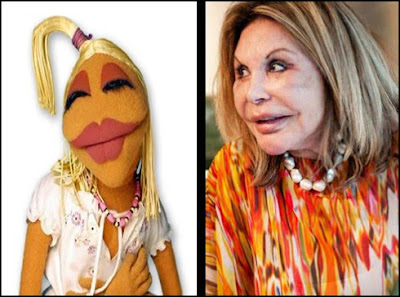 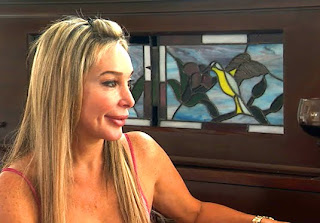 I thought it was all surgery, but her daughter has an odd face too.

Actually, they showed some pictures of Elsa when she was younger & she really was beautiful. I don't know...maybe Marisol's face is part genetics & part surgery?

Now I'm so grossed out.