You need to be watching

Because Joan Rivers is a fraking Nutbag but she cracks me the hell up.

I wasn't able to watch it until today when the OnDemand on my DVR decided to start working again. It stopped working, so I called the cable company, when the guy showed up it was working, then after he left it stopped working again. I have a few things I've taped that I want to keep forever so I never called them back again to fix it, I just kept checking every day to see if it was working yet. 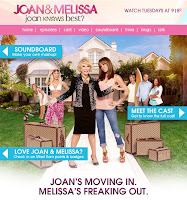 Anyway, I was able to watch the first 3 episodes. Here are a few of the things I've seen:

I can't remember all the shit that Joan does. But she's crazy!


Entyway, I've been feeling like shit for a few weeks. This week more than usual. I can't explain it to you.

Today, since I had to go out to get some food & and an oil change, I happened to run into "Usher". I think I told you about him last century? Mebbe? I don't know. But he moved & I haven't seen him since. Today as I was waiting to tell the person what I wanted done to my car, I saw another dude who used to sell weed and now just looks like he's on crack so I said "Hi." 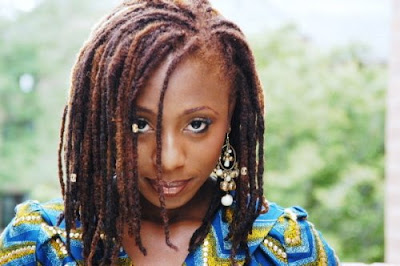 "Usher" said "He's the only one you see?"
Me - Oh, Hey! I didn't recognize you with all that hair! (He's got the skinny dreads that I want on my hair)

I always thought he was cute. He used to flirt when he lived here. Told my cousin to tell me that if I ever needed to get laid, to come on over to his house, but of course I never did because I was probably in my 20s and he is younger than me.

Anyway, I asked where he had his dreads done and he said his cousin did them and he'll send her to do mine.

But I already bought the locking gel today so I plan on starting them this weekend.

My Vicodin (for my back) & Xanax (for my nerves) is finally kicking in.

I hope I feel better tomorrow.

I haven't even been on the computer since last month. Can you buleedat?