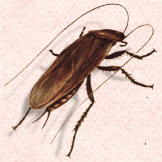 ave you ever seen Verminators on TLC (Mondays at 10pm EST)?

OH.MY.LORD! I watched this show the first time because nothing else was on. Basically, it's a reality show about exterminators. I admit that I have seen the occasional roach or spider in my house and I go directly to Wal-Mart & buy the Raid Foggers because those stories about kids with roaches in their ear have made me paranoid. I have the bug man come once a month, but so does MD. She sees the occasional roach too. And she's the most fastidiously clean person I know. I even had a mouse one particularly cold winter (before Al Gore ever told us about Global Warming or anyone had ever heard of El Niño). Killed that sumbitch with poison bait. Smelled like a dumpster in summer in my house until I found it dead and mummified in 'The Black Hole' (AKA 'The Closet That Shall Not Be Opened').

OMG. I ate a Taco Hot Pocket & I am having such bad heartburn right now but I'm too lazy to get up and get the Tums. This has nothing to do with roaches, mice or other vermin. But heartburn can be as irritating as vermin, so maybe it does. Whatever. I'm writing this in the middle of the night. Shaddap.

Back to the show. 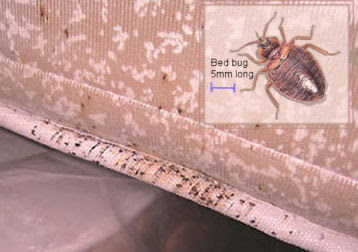 So anytime I watch the show, I have to have some Anti-itch cream nearby because seeing people with DISGUSTING ROACH AND BED BUG INFESTED HOUSES MAKES ME ITCH SOMETHING TURRIBLE! I start "feeling" things crawling on me. *Shudder* I don't understand how people can live in conditions like that. WHY DON'T THEY DO SOMETHING BEFORE IT GETS THAT BAD?

Seriously. On the last show, some dude decided to brew his own beer. He had an infestation so bad that the owner (who, before going into the apartment said that nothing shocked him) came out of the apartment looking shell shocked. He told the other 2 men with him that it was the worst thing he'd ever seen or smelled. Not only did the dude have roaches, bed bugs, and black widows, but he had a hive of Africanized Bees in one of his closets.

I shit you not.

The dude was evicted. The landlord of that place only found out about the infestation because neighbors started complaining about a strange smell coming from that apartment. 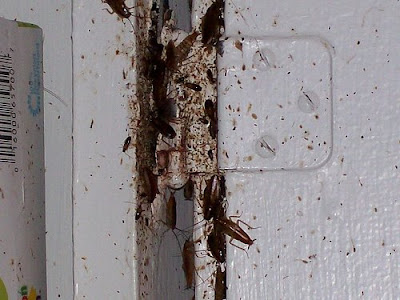 One of the exterminators threw up the place was so disgusting.

Well, he was going to throw up until he went to the bathroom and saw the toilet. I hope you're not eating right now. If you are, either stop eating or finish this post later.

The toilet looked like someone had had explosive diarrhea all.over.it. I'm getting queasy just thinking about it.

I can deal with a lot of filth and gore, but this show really is the most disgusting thing I've ever seen that didn't involve 2 whores and a chalice...

It amazes me that people can live in such squalor.

But I must watch it.

Because it makes me feel better about my lackadaisical attitude towards cleanliness, LOL.