I finished "Darkest Evening of the Year" 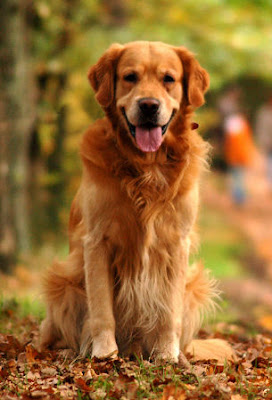 liked it a lot. Not as much as I like the Odd Thomas books, but I read it pretty much straight through since I started reading it. Other than opening tabs on which Evan would drop my Entrecard, I haven't even been on the PC.

It was very interesting. As I said the other day, a woman named Amy Redwing owned a Golden Retriever Rescue Shelter.

I also told you about the psycho pyromaniac beeyatch.

What I didn't tell you about was Amy's BF. His name is Brian and he's an architect. He is connected to the psycho beeyatch.

I really don't want to get into the book, because I want you to read it. If, like Cardiogirl, you're not so much into the "supernatural" type of stuff, this might not be your cup of tea. But if you are willing to "suspend disbelief" and just go with the story, I think it will really make you happy when it's all said and done.

The bad people get what's coming to them, and so do the good people.

I'm thinking about convincing MD that it's time for her to get another dog. A Golden Retriever. And Evan, *wink wink*, will want to name the dog Nickie. ;-)

You can see what Dean Koontz has to say about the book HERE.

Labels: authors, books, Dean Koontz, The Darkest Evening of the Year
Email ThisBlogThis!Share to TwitterShare to FacebookShare to Pinterest