Who do I admire? 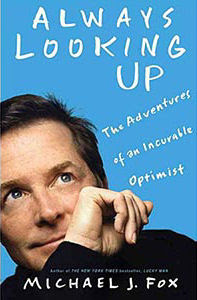 oday's Plinky Prompt was "Who do you admire & why?"

That question, or "Who is your hero" has never made any sense to me, because I don't look to celebrities or politicians to tell me how I need to be.

After I thought about the question, however, I remembered that I always admire people with disabilities who don't have the attitude "My life is over now. My disease/disability defines me."

Michael J. Fox is an example of that. He has Parkinson's (I think that's the one?) and he's still doing his thing. He has a new book that just came out called Always Looking Up.

Not only is he dealing with his disease, but he is doing everything he can to find a cure for himself and others. Like Christopher Reeve did and Montel Williams does. 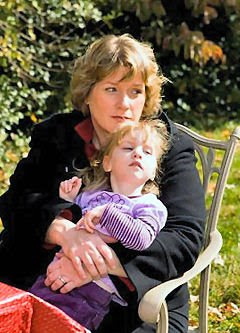 I also admire all the mothers with more than one child that do their very best to raise their kids. They recognize that each of their children has a different personality and they respect and enjoy that. They do things than would have me pulling out my hair.

Betty Hayes (with one of her 10 [ten] children) is an example. When I watch the show Table for 12, I can tell that Betty and Eric love each other and every single one of their children. They do things with their children and for their children.

Rebecca, one of their 4 year old sextuplets, has Cerebral Palsy. They take her to a ranch with therapy horses so that she can get some core strength and maybe, eventually learn to sit up by herself.

We do so much for our kids that never seems to get recognized or appreciated, but we do it because we love them. 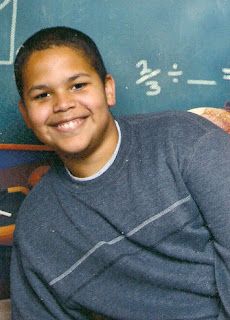 That's why I admire the women who can do a good job raising more than one child. More than one "normal" child. I cannot begin to imagine doing it with a child who has disabilities so severe that she may never speak, or learn to feed herself, or get a job, nodamene?

I admire that more than I can say.

My particular disability (Multiple Sclerosis) sucks ass. But it has made it possible for me to be able to stay at home and raise my son while paying my bills. My son is smart, handsome, funny and usually a joy. I feel like I've lucked out. :-)