Nothing important to say

irst, I've been finding a lot of funny and/or interesting post for this week's High Fives list. I don't usually find so many in one day.

I fell asleep so early last night that I didn't see Real Housewives of NY or Deadliest Catch or anything. I think I fell asleep during Fringe. I'm usually lucky if I get to sleep before Craig Ferguson comes on.

Of course, I spent all of today asleep, after waking up at 5 am. 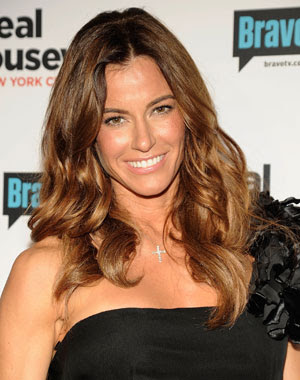 I did watch RHoNY today, though.

Kelly was already my least favorite after she told Bethenny that she was "down here" while she (Kelly) was "up here". Last night she showed up 2 hours late for her own party??? But the Duchess or Countess or whatever the eff she is, is just appearing more and more ridiculous to me. First she tells some chubby girl at the Boys & Girls Club (or whatever) that she has plenty of time to lose weight if she wants to be a model. Then she goes OFF on Ramona for saying that her husband is twice her age. That's not even the bad part. She kept leaving the room and coming back to tell her off some more. This from the woman writing a book on "class". 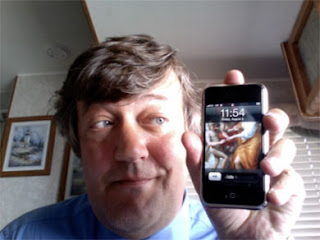 Anyway, Stephen Fry is my favorite celebrity Twitterer. He Tweets every day. He even does some audio Tweets. They're called "Boos" I think? He always sounds so happy. Apparently, he even answers the people who respond to his Tweets. But I luff him, so he can do no wrong. :-)

I knew, from reading his blog, that he was quite Tech Savvy, but I think he's the only celebrity I've seen that actually seems to "connect" with his fans.

In case you were wondering, I am also following Sherri Shepherd (who tweets A LOT), Borat, Tina Fey, Ellen Degeneres, Tyler Perry, Kathy Griffin and Katt Williams. Tina is always funny. I don't think I've heard anything from Tyler Perry, which is shocking since he e-mails 12 page e-mails semi-regularly. Katt is the same on Twitter as he is in his act. All of his Tweets contain "ni&&a" or "playa", LOL.

I forgot what I was going to say. Maybe I'll remember when I get back from "the powder room"...

And I don't remember.