The dude at the Liquor Store wants me... 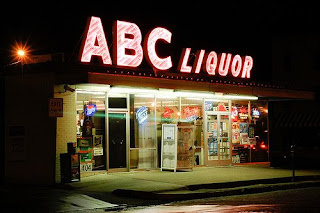 hat makes me think this?

Yesterday, I went there to see if they had any cigars. He didn't, but the dude said he'd order some for me. So I ordered 3 cartons (one month's worth). In case you haven't been keeping up, I switched from cigarettes to cigars when my cigarettes went from $18/carton to $38/carton.

I went by this morning @ 11 and they weren't there yet, but he told me that he'd have them by lunch time.

So I called Mommy Dearest and asked her if she wanted to go to lunch.

We went out and had Chinese Food. I stuffed myself with General Tzo's Chicken, Crab Claws & almond cookies. 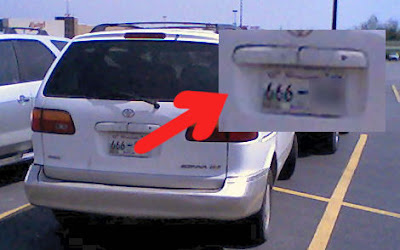 Now, I don't know if the actual Devil drives that van, but I've never seen a license plate that started with 666 before. Maybe she just has devilish children...

Anyway, when we were done, MD took me by the liquor store again. 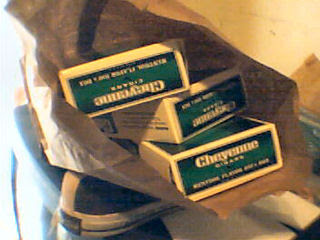 Then MD wanted some regular Kahlua (sp?) but they only had Mudslide. So he told her he'd order some regular next Wednesday.

When I got home, I saw the price on the carton. 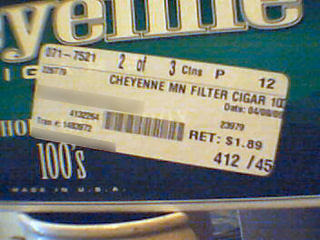 That's how I know he wants me.

I don't think he's the same dude who owned the store when my alcoholic neighbor was going with him. She only slept with him because he gave her free cigarettes and beer. She's since died of Cirrhosis of the Liver. She was only 27. But whatever.

If I can get laid AND get bargains on cigarettes, I'm totally down.

I just hope he doesn't have to sell out to some Indians, because if he does, NO MO BARGAIN FO ME, my friend! (Indians have bought every other gas station and liquor store in the tri-county area.)

I'm going to take a nap.