How much does gravity weigh?

his is the question Evan asked me while we were watching a new (to us) show on The History Channel titled "The Universe". The first episode we saw was about Gravity.

Evan - What I want to know is, how much does gravity weigh?
Me - *surprised stare*
Evan - Well?
Me - I don't know. I guess it's different for everyone and every thing. If you weigh 100 lbs, there has to be 100 lbs of force pulling you down in the opposite direction to keep you on earth...
Evan - Oh.
Me - But I don't know. I've never really thought about it. You are so weird! WHO thinks of stuff like that? OMG. I'm sure that some of the scientists interviewed for this show have the answer. Google it, if you really want to know. 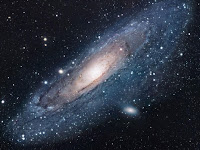 That's not the exact conversation. It's been a few days. But I do know that I was really surprised by his question. He's a budding nerd scientist...

Anyway, after that show, we watched one about The Biggest Things in Space. We learned that there is a Texas sized asteroid in space. It's round. It has it's own gravity. Ceres, is what it's called. (I just looked it up.) There's a special name for things that have their own gravity but aren't big enough to even be called a dwarf planet (planetoid ). It's defined, if I remember correctly, by being able to go from a big jagged object to a round object by pulling other space rocks to it to shape it into a sphere. Or something. I'm not a scientist. Just trying to explain this crap is giving me wrinkles.

We record the series now because it was very interesting. Lots of beautiful images of space and definitions of what makes a black hole and what super stars are. Did you know that there is (or are) stars bigger than the sun? I forget the specific name for them too, but they burn quite intensely & die quickly (relative to our sun). Scientists are even figuring out how to knock the earth out of the sun's orbit when it finally burns out and becomes a black hole...or something.

I finished school decades ago and I'm not taking any tests on this stuff. It's just interesting to watch, LOL.

BTW, I googled it. Gravity is weightless...