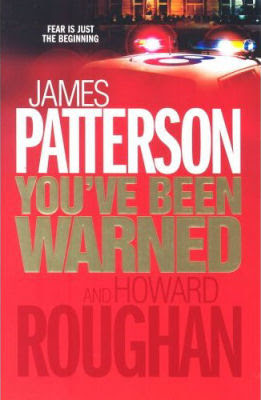 ince finishing "Brother Odd", I've been reading "You've Been Warned" by James Patterson & Howard Roughan. I really don't understand how this 2 authors on one book thing works (especially if it's fiction), but I'm about one third of the way through it (5/15 4:11 am), and it just feels like a Patterson book.

I can't put it down.

The only reason I'm up right now instead of sleeping is that I had been writing another Scheduled Post & my computer was acting "special" so I restarted it, but read for about 4 hours until I decided finally remembered that I hadn't finished the post. I needed to finish it while I was still in the same "writing mood".

I tell you, I'm so scatterbrained that half the time I don't even know what I'm saying.

Image via WikipediaAfter Evan's on the school bus (or Cheese Wagon, as he calls it) and I pass out, I'll probably finish the book today.

Earlier today I washed dishes, cleaned the bathroom, did some laundry by myself and actually cooked dinner. Just Tuna Helper, but it involved me being in the kitchen with a burner on and the use of a measuring cup. So it counts!

I did all of this without the benefit of a "Head Shot" or caffeine. I don't know why that is...

One useful thing that I have discovered, though, is that I can read & watch the DVR crap I record at the same time. I just read through the commercials.

I'll talk about TV on a different post, though.

I have to get back to my book.