hen Evan was younger, I used to cut his hair in a "fade". Short on the sides and a little longer on the top so everyone could see his curls. 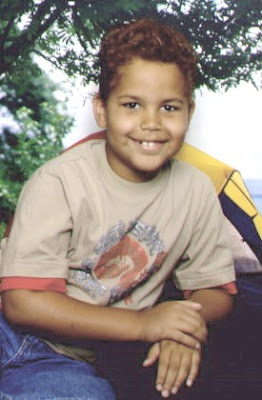 His hair was actually blonde in that picture, I don't know why it looks red...

Anyway, at around age 8 or 9 he stopped combing his hair.

After he washed it, he'd just let it dry and wear it however it looked. 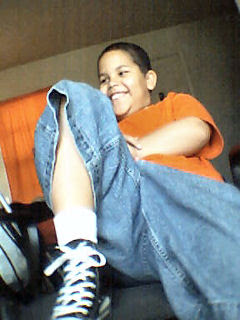 Anyway, since that time I'm always telling him "You need a haircut" as soon as I start seeing some waves because I know he's not going to comb his hair.

Somehow, I ended up telling him that I was not going to cut his hair again until he asked me to, that he could look like his little cousin for all I cared. 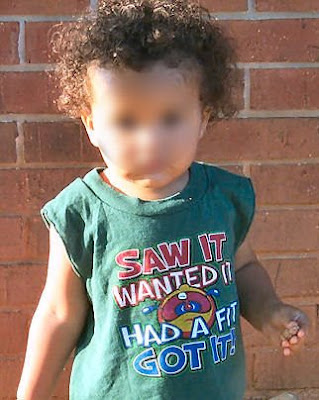 Evan - My hair will drive you crazy before it drives me crazy.
Me - Dude, you can have a big ass afro like your older cousins. I'm not going to cut it until it drives YOU crazy.
Evan - We'll see!
Me - Yes we will.

I decided that I would NOT, under any circumstances, cut his hair until he asked me.

Evan - Will you give me a haircut tonight? Because the hair keeps going in my ears and it's getting on my nerves.
Me - *Big Grin* Yessssssssssssssssssss!

His hair wasn't even that long. Maybe half an inch. No waves. I was prepared to wait until school was about to start for the '08 - '09 year.

I could have just cut off his sideburns and it would have solved the problem. But no, I cut it all. Now we really won't have to do it again until August or something.

Now if I could just stand to let him grow his toenails out until they get sore from bumping into the end of his shoe, I wouldn't have to harp on that all the time.

I must enjoy my little victories where I get them. :-)