Just so happy my wecam is working...

hat I made 2 stoopid short videos "Seinfeld Style" (about nothing, get it? I just made it up! But you can use it if you want to!)

Limerick Eyes Limerick Off This is my first time doing this meme. I chose to start with "A fellow was feasting his eyes…"

A fellow was feasting his eyes
On a very delicious surprise
A platter of bacon made into a pie
So big he would surely die.

??? I suck, LOL. I've always HATED poetry & I thought limericks were supposed to be dirty? I can do dirty! ;-p

Got a response from Madeline ( the host of the Meme - and with her permission, I'm posting it here:

Thanks for participating in this week's Limerick-Off. I just wanted to let you know that your limerick got off to a good start through the word bacon. But then your limerick form went astray. So I edited it for you to show you an example of a proper limerick using your material. I hope it helps and I hope to see you again in future limerick challenges.

A fellow was feasting his eyes
On a very delicious surprise
A platter of bacon
Was his for the takin'
But was likely to cause his demise.

What tv show is your current guilty pleasure?
I don't remember, LOL. There is 1 show I'm so ashamed to admit that I watch that I won't even post it on GetGlue, LOL

Oh! Occasionally I'll record E! News or Access Hollywood or Extra if there is a salacious story on. It's guilty because I 'preach" that people are obsessed with celebrity & here I am watching to see why Khloe Kardashian went on a twitter rant, LOL.

What is the funniest thing you've ever been told by a child (Age 12 & Under)?

Curious as a Cat

1) What is your most favorite pair of shoes ever? Explain.
It was a pair of platform black suede sandals. They were dressy enough for work, they were comfortable & THEY MADE ME TALLER! This was back in the 90s, obviously. Back when I still worked AND could wear heels without fear of breaking my neck.

2) If faced with it, could you rescue someone you didn't know, even if it put your life in peril to do so?
It would depend on the situation. Swimming? Sure! My body is a flotation device AND I'm not obviously disabled underwater. :-) Other than that, I can't say I would, I'd probably do more harm than good. :-(

3) If there were a holiday in your honor what would it celebrate?
How flipping AWESOME I am, duh!

4) Show and Tell. What comes to mind first when you see this picture? Or, tell a story if it reminds you of one. 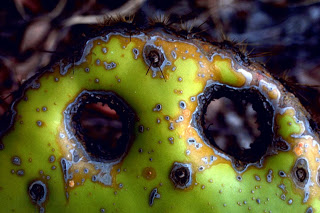 When The Boy was a tot, we were in my other home (Wal-Mart) and he pinched one of those cacti that look soft & fluffy. !!!!!! It was hell trying to get all of those little spines out of his wittle fingers. But he never had to be told not to touch a cactus again!

Labels: Curious as a Cat, Limerick Off Monday, Monday Memeage, My Effing Hair, My Fingernails, Random, That's my answer, webam
Email ThisBlogThis!Share to TwitterShare to FacebookShare to Pinterest