OMLY, I slept ALL DAY

here is potentially most likely definitely going to be TMI in this post.

You have been warned.

So I woke up around 9 this morning, which was fine. 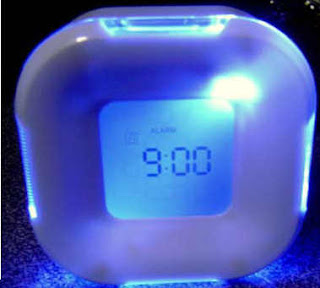 I made Evan get up 1) so that he would be able to go to sleep tonight and b) he always has fiftyleven shows recorded on Sunday mornings and I want them OFF of my DVR recordings.

So he came down to start watching the shows and the next thing I know it's 2 pm or something.


It's a very unsettling experience.I got online long enough to check my Twitter & make sure all my prisoners weren't gone on SNODS.

Then I started watching Monk (or something) and the next thing I know it's dark.

I tell The Boy to wash the dishes.

I wash some chicken & potatoes for my dinner. Left it ON the stove instead of putting it in the oven for about 30 minutes?

Yes, Evan was in the kitchen washing dishes & didn't remind me to put my crap in the oven even though the oven was on. This is why I think he's on his period. For the next 5 years. WTF????

So I put the shit in the oven & then start feeling sick. Like I might vomit sick.

By the time the chicken was done, I didn't want to eat anything. 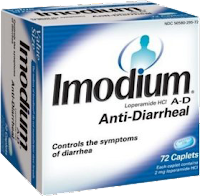 But I woke up urgently needing to go to the bathroom. So I took Immodium AD tablets & then ran to the bathroom, where I proceeded to fill up the terlet with brown liquid.

Have you ever shat water before?

It's a very unsettling experience.

Loose stool is one thing, liquid stool is taking things to a whole nuva levuh. (If you never saw that guy on Mad TV, you totally won't get that reference.)

Anyhoo, I'm still sleepy. But I'm kind of afraid to go to bed in case the Immodium doesn't take effect right away and I have to run back to the bathroom.

That was my weekend.