Is it Monday already?

This weekend flew by.

MD came over and bought pizza on Saturday. (Yes, this is the second time in a week that she treated us to dinner. I think she's having fun with that Obama Economic Stimulus Refund she got.)

I spent that whole time in the bathroom. You don't want the details, trust me.

Here they are anyway: **TMI Alert**

I bought a fresh cantaloupe off a truck from a dude. I also had one of those starbucks (or whatever) coffee drinks. I don't normally have caffeine.

So I don't know if it was the fruit (which was extremely juicy and sweet) or the coffee that gave me diarrhea so bad that it was like pooping water. Yeah.

I'm afraid now to have either coffee or the rest of that cantaloupe, LOL.

"I said something and forgot what I said right away."So anyway, I told her Saturday that I'd come over today to hook up the new DVR Recorder that I convinced her to buy.

She called me and asked what time I was coming over. I didn't remember WTF she was talking about, but I said "Well, probably after I get Evan from football practice."

After I hung up, I remembered why I was supposed to go over there.

Did I tell you that when we were at Western Sizzlin, I said something, she replied immediately, and I stared at her for a few seconds and said "I have no idea what you're talking about."

I said something and forgot what I said right away. And my neurologist doesn't think I have problems with my memory. 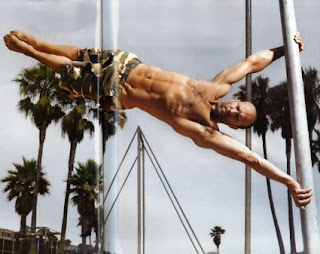 I also watched Transporter 3. But I don't feel like reviewing it. If you liked the other 2, you'll like this one.

Umm...I think that's it? Now I have to go shower so I can return the movie to the library.

BTW, I'm not liking my actual signature at the end of my posts. I hate my handwriting. I don't even know why I did that. Back to Monika font, I reckon...