Took Mommy Dearest out for her B.Day Lunch 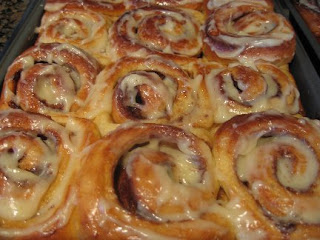 t's a month late, but February is car insurance month so whatever.

She wanted to go to Western Sizzlin because they have awesome cinnamon rolls there.

So of course she came back with 4 because they were smaller than usual.

At least, that was her reasoning.

So after she'd eaten 2 she asked me if I was going to eat the last one.
Me - NO! *Staring her down*

So she ate the last one. Then complained about her stomach hurting.

She always does that. Her eyes are bigger than her stomach. The last time she went, they didn't have the cinnamon rolls, so she's been thinking about them for 3 weeks or something, LOL.

Anyway, here are the High Fives from the last 2 weeks or whatever because I don't want to end up with 50 on Friday.


Dadnology for Candy Detox
Skirmisher for David Mach’s “How To Make Matchsticks Cost Thousands Of Dollars”
House is Right for Hugh Laurie Was Master of Ceremonies
Makes You Laugh forWacky Signs
My Random Blog for How To Keep Me From Punching You
Nothing Off Limits for What if Facebook were Real Life?
----------------
Now playing: Rhianna - Rehab