Is he good looking? 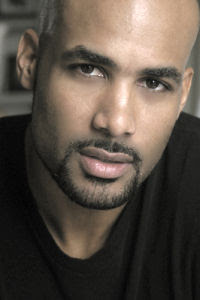 was just in the bathroom plucking an eyelash that was sticking straight down into my field of vision when I heard Evan's TV on the George Lopez Show. (Plucking an eyelash doesn't hurt as bad as you might think it would. At least, it didn't for me.) I've never really watched that show.

Anyway, the show was about some neighbor that had just moved into the neighborhood and had a Mexican garden gnome and they (the Lopez family) found it racist.

I don't know how I ended up thinking about it, but it reminded me of a time when some white girl with whom I worked asked me if a particular black guy was good looking.

Me - Why are you asking me?
She - Because I don't know what is considered good looking for black people.

I don't remember how I answered her (it really depends on the time of the month) but I'm pretty sure that I said something about 'good looking' not being qualified according to race. 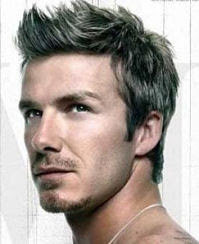 David Beckham would be good looking no matter what race he was. So would Dwayne "The Rock" Johnson. And Ken Watanabe.

I happen to get all breathless and cheese like an idiot when I see Hugh Laurie (BTW, check out this week's TV Guide, if you haven't already. Hugh Laurie and the dude who plays Wilson - something Sean Leonard, I think - give an interview about their "bromance". Very funny).

But other people may think he's too old or too bald or whatever.

I just can't get over some of the stupid shit people say to me because I'm "less threatening" than other black people, apparently.

I remember at the pool one year some teenaged white kid asked my SIL why her palms weren't the same color as the rest of her.

Me - Do the soles of your feet and the palms of your hands tan? WTF kind of question is that? (I clearly had PMS that day.) 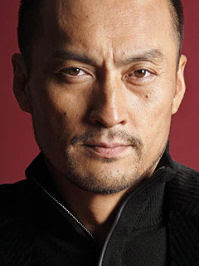 And just for the record, NO our hair does not feel like a brillo pad in its natural state/afro. I've had numerous white people ask to feel my hair when I wore it in an afro. They all said "It's so soft!". Then there was the white BF I had who stroked my hair while I had a relaxer (straightener) and said "Your hair feels just like ours"...

Just think a few seconds before you blurt out your questions to people. Even if 'some of your best friends are black', you really don't want them thinking that you're more of an idiot than they had originally thought.