I keep having strange dreams

hat piss me off inside the dream.

How is that even possible?

Usually my dreams are so insane that I know they're dreams. If it's just weird and not bad, I'll just ride it out. If it's bad, I make myself wake up.

Some woman came over and started talking about how the construction of the building was bad.

Me - I wasn't even alive when they built this building.
Bitch - But still, you could have said something.
Me - How the eff could I say something about it if I never knew about it??

She ticked me off.

Then there was another apartment bldg (that does not exist) and people were moving into it even though there was no water.

Me - Why are they moving in there with no water?
Bitch - Everyone is afraid that if they don't move in now, that they'll lose the apartment when it is finally finished.

This ticked me off because it's just so stupid. 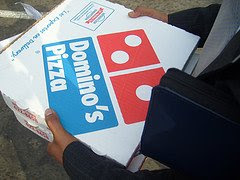 Today I dreamed that Evan kept bugging me for pizza.

He's currently on punishment for his report card. Punishment includes no eating out with me or with his Nana.

I kept telling him, in the dream, that he was NOT getting any pizza and he knows this so why the hell does he keep asking?

Evan - You're mean. This is child abuse.
Me - I'm not mean, you're just a sissy. Second, it's my job to make sure you're fed, not that you get to eat whatever you want. This is your fault. If you'd just do what you're supposed to do, this wouldn't happen.

This report card situation happens every year. It usually happens in the 2nd semester. This is the first time he's gotten a bad first report card.

I don't know why he does this every year, but it's driving me crazy.

I assume that's why I'm having the dream. I don't know what else to do. I thought that no allowance, no gamecube, no cable in his room, bedtime at 8 (like when he was 6) would be sucky enough to make him stop this shit, but apparently it isn't.