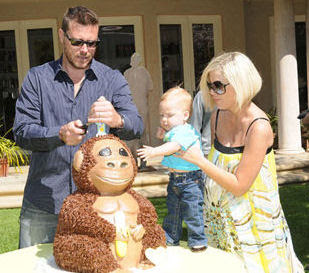 ast year I watched Tori & Dean: Inn Love. Or whatever that one was called.

This season Tori & Dean move back to Hollywood & are expecting baby #2.

They are so interesting to watch. Back in the 90210 days, Tori Spelling was not someone I was interested in. But with the Tori & Dean thing, I get to see her real personality. She's smarter AND crazier than I would have thought.

For example, I had no idea that she had a Kathy Griffinesque relationship with her fans (better known as "her gays"). In Season 2 (I think) she performed a gay Commitment Ceremony for a couple of the inn's guests. 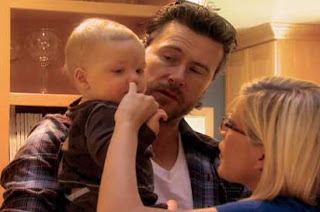 On episode 3 of this season, she feared that one of the baby's fingernails will puncture one of her internal organs... She had Dean ask the doctor about it:

Dean - Hypothetically, can one of the baby's fingernails puncture through the amniotic sac and the uterus and, like, slash her liver or something? (Paraphrasing)
Dr - *deadpan* Oh, yeah. That happens all the time.
Tori - See! I knew it!
Dr - I was joking.
Tori - *in post appt interview, to camera* Even though he said it's unlikely, he didn't say that it could never happen.

Their son Liam is so cute! They call him "Monkey". They've already had the baby (A girl, Stella Doreen) but in the show, she's still @ 26 weeks in utero so I can't tell you if she's cute too. Liam, thankfully, takes after his father in the looks department. I won't say that Tori is ugly. I'll just say that it's unfortunate that she looks that way. Bless her heart.

I think if I met these people IRL I'd enjoy spending a little time around them. They make a cute couple even though their relationship is the result of an extramarital affair (scandalous!).

I say a little because ALL people wear me out IRL. I think Tori's personality, for me, could only be tolerated in small doses.