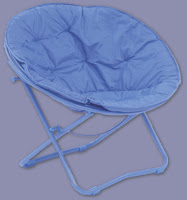 Last night, he told me that he was going to put his mattress on the floor and sleep on it. I said "No, you're not." I also told him that I would be waking him up bright and early this morning. I can't remember why.

So this morning, whenever I woke up, I went to open his door to wake him up & go back downstairs, just to get on his nerves.

The door was locked.

Did I ever tell you about the time when Evan was 6 or 7 years old and locked me out of his room? I took the door knob OFF. I told him that this is MY house and if I want to get into a room, I will get into the room. Locks cannot keep me out! (After that little incident, I put on a doorknob that has a lock & key. I keep the only key.)

Anyway, I started knocking on the door.

Not the way you would knock on the door if you went to visit someone. But a really irritating constant knock that was echoing through the entire upstairs.

So after I had gone to the bathroom for the 4th time (trots...again), I opened his door and just looked at the room.

All of his Sigma 6s are gone (up off of the floor, in other words). His chair is folded up in the corner. There's a clean space that's mattress sized where all of his stuff (toys & whatnot) usually is.

So yeah. He put the mattress on the floor after I told him not to.

And he thought that taking 5 minutes to open the door & having a "clean" floor would not arouse suspicion.

Because he thinks I'm an idiot.