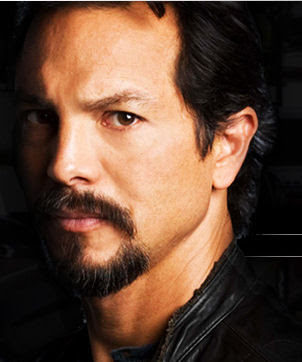 I only heard about it last week or something when Benjamin Bratt was on The View. He's a beautiful man, so I watched the interview, LOL.

Bratt plays William Banks. Banks was a heroin addict. When his youngest child was being born, he was in the hospital shooting up. He made a bargain with God that if he could live through the night, he would become God's "Avenging Angel" and help other addicts to get clean. He is still living with his wife and 2 children, although he sleeps in a separate bedroom. His family realize that he's doing important work, but they still haven't forgiven him for all the times he was in jail or rehab. 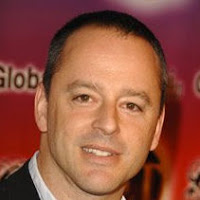 Gil Bellows (One of the dudes from Ally McBeal) does a guest appearance as one of Banks' team members. He ends up killing himself at the end of the episode because his wife won't take him back, even though he's been clean for quite a while. Sorry for blowing the secret. But I thought it was odd that Bellows was not listed as a cast member when he was all up in the premier episode...

Other cast members include: 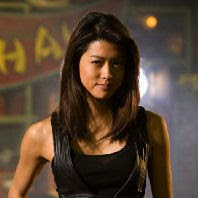 Grace Park as Akani Cuesta. She's the daughter of a wealthy businessman. She has slept with Banks at some point. She's very sexual (I don't know if that's the right word.) Stereotypical "Bad Girl", IMO. I'm sure we'll find out more about why she doesn't want her father's money in later episodes. 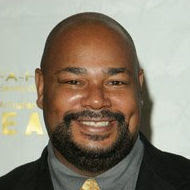 Kevin Michael Richardson as Darnell McDowell. We don't know much about him except that he works as a car salesman and he wants to work for Banks. By the end of the episode (after Bellows kills himself) he gets the job. Esteban Powell as Arnie Swenton. His character still seems like he might be using, LOL. All I know is that he got arrested by a new police officer in the first episode, made some crack about Banks sleeping with Cuesta, got fired & got re-hired by the end of the episode.

The show is okay... It's no Saving Grace. But it was only the first episode. They had to introduce all of the characters and give a little hint about the back story. I think it should have at least been a 2 hour premier. Maybe it would have gotten more in depth with the characters?

Anyway, I'll give it a few more episodes. Well, at least one, to see if it gets any better. Benjamin Bratt is cute. But not cute enough for me to take up space on my DVR just to look at him for 45 minutes... (The show is an hour, but minus commercials it's about 40-45 minutes.)

I wouldn't re-arrange my DVR schedule to record it at this point.

We shall see. *shrugs*