I was just listening to my R&B playlist on I-tunes and realized that I haven't heard from him in forever.

OMG. I just found this site. He's flipped out just like Prince did, LOL. "a mystical experience with dreams" made him decide to change his name to Sananda Maitreya.

The other day the cable went out. Internet too. But it went out at 11:30 pm. Which is 5 minutes before Craig Ferguson comes on. Why does Charter hate me? It went out right before Craig a couple of days. Luckily, I had so much shit recorded that I still had stuff to watch, but WHY doesn't it go out earlier or later??? Why only when Craigie is on? 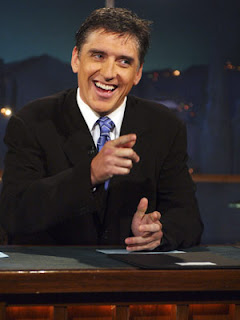 When I called the cable company, 3 things irritated me:

1. The damned computer. I refuse to talk to a computer. I constantly repeat "Operator" or "Agent" until the computer says "Ok. I understand that you'd like to talk to an agent. I will transfer you now."

2. When I call, I have to enter my phone number so that they can pull up my acct information. But then as soon as an agent gets on the line, they ask me for my phone number again. Why can't this information pop up on the effing computer screen so I'm not repeating myself 12 times?

3. After the dude asked for my phone # for the third time & entered my information, he came back on the line and said "I don't know if what I'm about to tell you is good news or bad news."

Me - Just tell me.
Dude - Well, after I entered your info, the screen went blank and they have officially declared an outage in your area.
Me - Which means what?
Dude - That you must have been the 3rd person to call and report it, so now it's an emergency and some technicians will be out to fix the outage ASAP.
Me - They work at this time of night?
Dude - Well, I don't know about your specific area, some of them do. But regardless, they will be out first thing in the morning before it gets hot.
Me - Ok. Thanks.

Why the hell did he pause before telling me that? There's nothing that I can do about my cable & internet being out no matter what. I know that it being declared an outage is better than having to wait for 3 days for someone to come out and switch my DVR.

Was he bracing himself in case I started yelling? What good would that do?

FYI - Cable came back on 30 minutes after Craig went off.