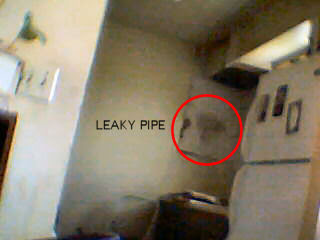 woke up this morning and there was a flood in my kitchen.

The pipe(s) that Roto Rooter had 'fixed' were dripping like they had 100 holes poked in them overnight.

It had leaked so bad that half of my floor is wet. 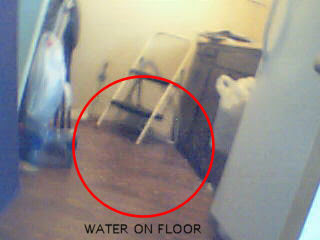 This is worse than before they ever 'fixed' it.

So I called the landlord at 8 am. I think I woke him up. He's pissed. (GOOD! At least someone other than me is pissed for a change!) All I know is he carried the new cabinet out talking to himself about the 90 day warranty on their work and saying "They'd better be here this morning!"

They'll be here when they get here and there's nothing I can do about it so I refuse to get worked up about it again.

In other news, we're (my extended family) supposed to have a yard sale tomorrow. So I'll be (hopefully) getting rid of a lot of books, CDs, DVDs & various other crap that I don't use anymore.

60% chance of rain according to the news ticker on my DVR. *sigh*

But I'm packing up all the crap & putting it in the trunk of my car so I'll be ready tomorrow regardless. If it isn't this Saturday, it will be next Saturday.

**Update** They got here at 10:30! Not too bad. They claim it's fixed now. The last time they were here, they had to replace about a 3 foot section of copper pipe because it had corroded. Their welds were leaking.

I hope that's all with the effing leaking!

Re: Yard sale. It's raining now. Heavily. The weather ticker has been updated to 80% chance of rain tomorrow.

Because I have to wash all of Evan's too small clothes to be able to sell them in good conscience and I really didn't want to do that today, LOL.