The next book I'll be reading 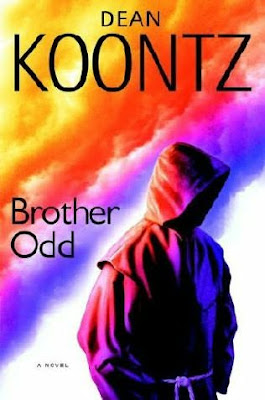 I've read the other books in the series, Odd Thomas and Forever Odd. I didn't even know about Brother Odd before we went to the library on Thursday.

I like reading books that are in a series. It's like seeing a good friend and catching up on what's been happening in their life since the last time you saw each other, nodamene?

Thomas is a 20 something fry cook and seems to have no ambition to change that. What's "odd" about him is that he sees dead people. He sees the good and the bad (called "bodachs"). The only people who know about this are his girlfriend and his best friend, who happens to be the Police Chief.

I think you can see where this is going. When Thomas sees bodachs, it's a warning of trouble brewing. So, with the help of the Police Chief and GF, he tries to stop the bad things before they happens, or at least help make it not as bad as it would have been without his intervention.

If you like science fiction or even mysteries, you should definitely check out this series of books.