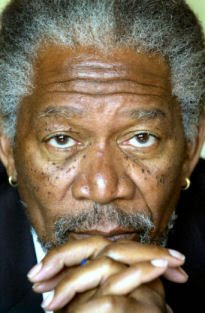 In case you didn't know, James Patterson is the one who wrote "Along Came a Spider" and "Kiss the Girls" which were made into major motion pictures starring Morgan Freeman as Dr./Detective Alex Cross.

The first couple of times I read a Patterson book, I had no idea that the author was white. Alex Cross is black. He lives in Southeast DC. His best friend, John Sampson, is also black.

This isn't important to the story, but when I found out that the author was white, I became really impressed with his characterization of black people. It wasn't stereotypical. It wasn't insulting to me as a black woman. They are just great characters. I love the relationships in the family. I also think the casting of Morgan Freeman as Cross was an excellent choice. Even though Alex Cross doesn't look like Morgan Freeman in my head, I can't imagine another actor who could play the character as well as Freeman.

Back to the book.

The story is about Cross, known as the Dragon Slayer for his excellent record of profiling and catching serial killers. He's gotten to the point in his career with the FBI where he's kind of tired of it all. And so is Nana Mama, the grandmother who had raised him since he was a child. So he quits the FBI and 'hangs his shingle' as a psychiatrist.

Then a new serial killer starts killing people and practically daring Cross to catch him. He is called the "Audience Killer" (or DCAK for short) because he commits his crimes in public.

At the same time, an old serial killer (and former FBI agent), Kyle Craig, that Cross had caught & put in jail escapes from the super maximum security prison in which he has spent the past 4 years.

So Cross is back on the job along with his girlfriend Bree Stone (a DC police detective) and his best friend (also a DCPD detective).

I was able to guess some of the twists, but I was NOT able to anticipate the ending of the book. I cannot wait for the next one!