Barack Obama is my friend.

o I was doing the whole Digg thing that Graham suggested on the Entrecard Blog. As I was furiously adding friends, I happened to see Barack Obama's name.

But I clicked on the name. And it actually was Barack Obama's campaign.

So, I clicked "Add Friend" just to see what would happen.

I think officially I am his "Fan" and not his friend unless he friends me back, but I just find it so weird that PRESIDENTIAL CANDIDATES are doing stuff like this. Does he have a myspace page too? *gag*

Anyway, I now have about 90 friends on Digg and only 86 or 87 of them came as a result of the whole Entrecard Digg thing. So that wasn't successful at all... 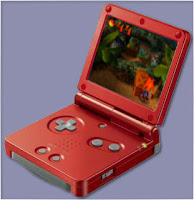 Plus I think I'm getting Carpal Tunnel from the repeated clicking. (Really I think it's the Gameboy playing, but we will pretend that I don't play with my son's toys that much, ok?)