ll summer, Mommy Dearest has been coming over to our house on Friday because, as she said, "There's nothing on TV." (If she liked Science Fiction, there would be plenty on TV, but whatever.)

So she didn't come over this Friday. She came over on Sunday, just as we were about to leave for the laundromat. She said she'd see us later.

Or, as Madea would say, HalleluYER.After we had gotten the The Mat & put our crap in (New washers! Cheaper price too. I hope no one tries to dye clothes in these, LOL.) she showed up. 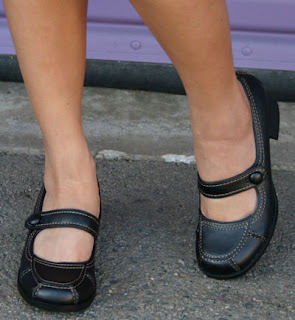 She was wearing all back. With maroonish Mary Janes (*Shudder* Not the color, the style.)

As her daughter, I feel it is my duty to let her know when her clothes are grody. :-) Not that she cares, but she needs to know!

Anyway, she and Evan sat on the bench while I smoked in my car. When I got hot, we went inside.

While we were in there, I remembered that I had planned to tell on Evan to her.

They enjoy ganging up on me. She's MY mother. She's supposed to be on MY side. They're EVIL. ;-)

Ennyway, I think she stayed about 30 minutes. Then she said she was leaving: 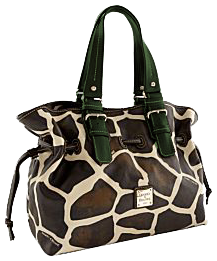 Me - Why does it have green handles?
MD - Because I thought it looked different.
Me - It looks retarded. The print is brown & black, the handle should not be green.
MD - I'm sending it back anyway. I just wanted to wear it to church once so that everyone could see what a real Dooney & Burke purse looks like instead of those cheap things other people bring.
Me - *Eye-roll, headshake* O.K.

In case you were wondering, Evan's feet still don't stink.

Even after wearing his old shoes, that have that vinegar smell all up in them and sweating from the frigging heat, his feet did not stink.

Or, as Madea would say, HalleluYER.

Labels: Life
Email ThisBlogThis!Share to TwitterShare to FacebookShare to Pinterest