Went to Wal-Mart with MD.

he said "You aren't getting a lot of stuff, are you? Because I don't want to be there long."

Me - No, I just need some bread and poster board for Evan.

So she picks me up at 10:30 am. On the way, she tells me a story about my brother. Apparently, he went to his wife's house (They're separated...again...for the 17th time. *rolling eyes*) and asked her if she & DD11 wanted to go out to lunch. They both said they were busy. SIL is working from home this week (She gets a different job every other month.) and DD11 is being home schooled this week (My SIL is the one who decided to leave my Bro & go to PA when my oldest niece was in her first semester of her SENIOR YEAR of HS. She's the flakiest woman I've ever known. This home schooling will not last long. I need to punch the idiot in her face.)

So he goes to see my oldest niece (The one who looks the most like me except skinny, LOL.) and ask her if she wants to go to lunch. She said no.

See? Insanity runs in my family.

Entyway, we get to the Mart of Wal and I get on an electric cart and go get my bread and poster board.

Then I proceeded to wait for 45 motherfreaking minutes for Miss "You're not going to be long, are you?" to finish her shopping. 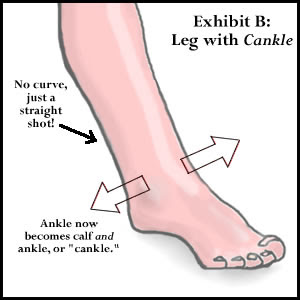 I saw a dude who looked like Fred Durst.
I saw a chick who looked like that girl that Kurev (sp?) from Grey's Anatomy was sleeping with. The one who thought she was pregnant and tried to kill herself.
I saw a woman who had on some tight ass sandles that were cutting into her cankles so bad I'm surprised her feet didn't fall off.
I saw a woman who's hair looked like a mushroom. It was as if she'd made a long ponytail, and then plopped it on top of her head and just let it sit there while she Aqua Netted it to death.

I really need to get a camera phone!

Then MD generously bought me a Key Lime Milkquake from Krystal. OMG, if you haven't tasted that, you need to. It tastes exactly like Key Lime Pie. There are bits of the graham cracker crust in there. So delicious. I don't know how many calories or how much fat is in there (I don't want to know), but it was soooooooooo good. I need to stay away from Krystal or I'll be getting them every day!

MD - Tell Evan that he's NOT special. I don't even know why I'm giving him money to get new shoes. He didn't even help me clean off my patio.
Me - I'll tell him, but he won't believe me.

Every time she buys him something, she says "I don't even know why I'm spending money on you. Do you think you're special?" and he always says "Yes. I'm your only grandson in this state!"

She doesn't know that I found some shoes at Wal-Mart that look just like the Chuck Taylors for $11 and got them the other day. But I will use the money to buy him some new shirts & crap tomorrow, when we go for his eye appointment. :-)

I had to get him size 8½! His foot is officially bigger than mine now! But at least he's still a shortie, LOL.