5 Hours in the Emergency Room 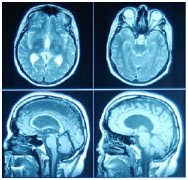 nd I still have no diagnosis. Man, I love medicine!

So Thursday night, I had the trots. I don't know why. But I took some Immodium tablets and it finally stopped.

I never went to sleep.

After Evan caught the bus at 7 or so, I tried to get some sleep. Wasn't happening. So I got on the computer to drop some cards.

As I was sitting here, I started thinking "I feel like I'm going to pass out." so I turned off the monitor...

Next thing I know, I'm opening my eyes to look at the ceiling. One of my legs was on the computer chair. Everything else was on the floor.

I've never passed out before. It's very disorienting. One second you're doing something and then the next second you're somewhere else not seeing what you expect to see.

Before I could really think about what had happened, I started vomiting. Thankfully, it was on the linoleum and not the carpet, LOL. I laid there for about 15 minutes thanking God for the coolness of the floor because it felt so good. Yes, even while I'm hurling my guts out (which contained nothing more than Peach Raspberry Crystal Light) I was glad the floor was cold. :-) I finally felt like the vomiting had stopped, so I sat up.

And promptly vomited into the garbage can next to the computer.

So I sat there until I felt sure that I wasn't going to vomit anymore & called MD to take me to the ER. Funny thing is that I had an appt at 2 pm with my Dr for my knees. But I figured he'd send me to the ER for a Cat Scan anyway, so I canceled the appt. I really wanted (and still want) to know why I passed out.

So I put on the damned hospital gown & let Nurse #2 put sticky tabs all over me while Nurse #1 stabbed me so hard that I lost at least 2 oz of blood while she's hooking up the IV fluids. (I don't really know how much I lost. I just know it was all over my arm & elbow and the mattress.) She was a funny, but evil whore!

So, a cat scan, x-rays of my neck & head, bloodwork and an EKG later...the doctor had no idea why I had passed out.

That's all. I'm still drowsy from the Phenergan I got yesterday. And I don't want to pass out again sitting here, so I'm going to watch the Dr. Who marathon I taped yesterday while I was at the ER.