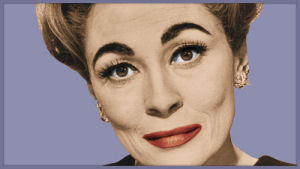 he came over yesterday too. I got an ankle bracelet. She bought one and got one free (dur). So I got the silver one. She got the Onyx one.

Yesterday she had been trying to take a nap & people kept calling so she gave up and came over here. Made some calls on her miniscule cell phone (she gets no reception at her house).

Evan & I had to go to Wal-Mart (the one in TN this time) to get a charger for the Gameboy. I forgot to tell you about that yesterday. But this post is about MD.

Today we were supposed to grill over there (I bought a pork butt & some steak) but I didn't feel like it because I stayed up all night (literally) playing Crash Bandicoot (but I didn't tell her that) so she came over and brought me some cucumbers that Omah had grown.

We always tease her that she only comes over here to watch Al Green on youtube. So she decided that she wanted to talk. We talked about all the new TV shows she missed because she was watching the BET Awards waiting for Al Green's Lifetime Achievement Award. We watched Wipeout & I Survived a Japanese Gameshow & Celebrity Family Feud.

We talked about Golden Showers. (Evan was upstairs by this time.) She taped that "Talk Sex with Sue Johanson" show and someone was asking if it she could get diseases if her boyfriend urinated on her. Apparently, MD watches this show all the time. Me, myself, personally? (HA! That phrase is so retarded!) I do not want to listen to some ancient woman talk about sex. But anyway, I don't think she'd need to watch it if she'd go to those singles' dinners they have around here every weekend. She could experience it. (LMFAO!)

It depresses me, really. I can't imagine not having sex for 20 years. Or the rest of my life.

I mean, she's "picky". I don't think she can have sex just for the sex. She says she wants a "friend" to go out to dinner and movies with her. But she never mentions sex.

Anyway, I was looking to see the new Fall TV Schedule for her and I happened to be on my Other blog and she saw "My momma tried to kill me!" on the RSS Feed Reader and she said "Go there!"