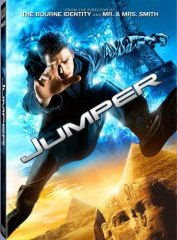 ou may have heard some things about this movie which make you think it won't be any good. I know I did. I was nervous to buy it. All I knew about it was that Darth Vader (Hayden Christensen) was in it and he could basically teleport.

But it is so much more than that. I didn't know Samuel L. Jackson was in it. It was a different kind of role (IMO) for him. He played Roland. One of the "religious freaks" known as Paladins. Roland wants to kill all Jumpers because Paladins believe that only God should have the power to be all places at once.

The movie starts with a young teenager named David Rice. He is bullied (I guess) in school. One day, he wants to give his crush, Millie Harris, a gift (a snow globe that he found at a yard sale). The main HS bully snatches the gift from Millie and throws it onto a frozen lake. David walks out onto the ice to get it. He stands there just long enough to fall through the ice. 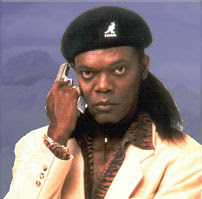 Look, this movie requires some suspension of disbelief. I have watched "Ice Road Truckers". I know that the last thing you want to do on top of a frozen lake is stop. He should have gotten the freaking snow globe and gone back to the bank. But then there would have been no movie, LOL.

So while he's in the freezing lake, he somehow transports himself to the middle of the city library. Water and all. 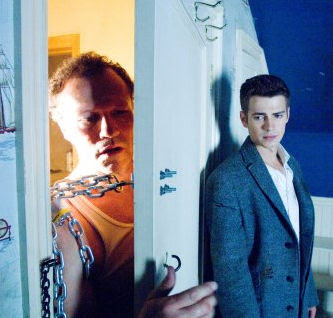 Then he goes home to his drunk father. Apparently, his dad beats up on him too because he has a serious chain on his bedroom door to keep his father out of his room.

His dad asks him why he's wet and he says something like "Oh, some kids from school..." then he goes into his room and chains it up. His dad comes upstairs to get more of an answer and David won't open the door. When his father is about to break into the room, he transports himself back to the library out of fear.

After that, he realizes that he doesn't have to stay in Nowhere, Rhode Island (or wherever he is) and he starts robbing banks (by Jumping himself into the vaults) to finance his new life. He goes to England to pick up chicks, he Jumps to the ocean to surf, he eats lunch on top of a sphinx's head in Egypt.

All of it is pretty fun to watch. Made me wonder what I would do if I had that kind of power. 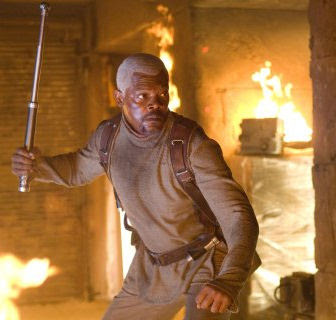 One day he finally gets the courage to go back to his hometown to seek out Millie. Everyone else in town had thought that he was dead because he never came back after falling through the ice. He did, however, leave the snow globe on a bench in Millie's back yard so that she knew he was alive.

He runs into the old HS bully and Jumps him inside a bank vault.

But the bully meets Roland & spills the beans. So while David is taking Millie to Rome to see all the sites that she had wanted to see in HS, Roland is trying to find him and kill him.

Rent the movie. As I said, Evan watched it about 30 times since the day we bought it. I watched it with him half of those times and didn't mind listening to it while I dropped cards or whatever the other half of the time.

I liked it a lot. I like the way that just because he had this "super power", he didn't try to be a Super Hero. He did what I think any of us would do. Exactly what he wanted. He had fun with it.

The only reason I say Rent the movie instead of Buy the movie is because you might not like it as much as we did. But the special effects were not overdone. I like the way they made Jumping look. There are some cool & funny action scenes when another Jumper is jumping a car through traffic at high speed.

2 snaps up with a bootie smack. Or something. Whatever. Watch it!