I realized that I love Odd Thomas as much as I can love a fictional character. He's funny, droll, earnest. He reminds me of how I think Kevin Numerick would be IRL (if I ever met him). Except maybe without the droll, LOL. I don't know. It's hard to perceive sarcasm on Kevin's blog.

I remember when I read the first "Odd" book, there was a point where Odd (he always narrates the books) said something like 'Your imagination is not as twisted as mine.' and I instantly thought "You don't know how twisted my imagination is!" and the very next sentence was something like 'I'm not saying that your imagination isn't very twisted, I'm sure it would horrify a lot of people, etc'. It cracked me up.

That's why I love this character so much. He makes me laugh at the most unexpected moments.

Anyway, in the last book, "Forever Odd", Odd's fiancé died. So this book started with him living in a monastery. He'd been there for about 7 months. He felt guilty that he couldn't save her or more of the people in the last book, so he needed some spiritual rejuvenation. 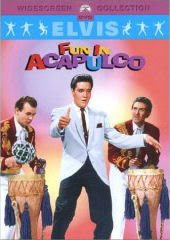 Oh, I forgot to tell you that Odd sees earthbound spirits (people who had lived, and then hadn't "moved on") and bodachs (entities that had never lived, but appeared whenever bad things were about to happen). He is also "haunted" by the ghost of Elvis Presley. None of the ghosts can speak, so he has to has to communicate with them through charades. (That's the best way to put it.) Elvis always appears in something that he's worn in one of his movies, and he always seems to want to make Odd smile. I don't know who Elvis was IRL (duh), but I like the Elvis in this book.

Anyway, the monastery is, in addition to being a home for Monks & Nuns, a home for "special needs" children. Only 3 people at the monastery know about Odd's abilities. Everyone seems to like Odd, except for one of the monks, Brother Romanovich. He is suspicious of Odd & his reasons for being at the monastery. Odd is even more suspicious of Brother Romanovich. They have strange conversations where Odd tries to try to trip up the monk. Romanovich was Russian born, but claimed have lived in Indiana as a librarian before he came to the monastery. Odd keeps asking him about specific streets or buildings or festivals in Indiana & Romanovich keeps trying to figure out who Odd Thomas is.

One of the people who does know about Odd's abilities is Brother Salvatore (called "Knuckles" by Odd because pre-monk, Salvatore was muscle for the mob).

Shortly before the books begins, one of the monks had committed suicide. No one had a clue that the monk had been depressed or that anything was wrong with him.

One day, Odd sees 3 bodachs surrounding some of the children. He knows something bad is going to happen and he has to try to find out what and when as soon as possible if he's going to save the children and everyone else. He believes that Romanovich has something to do with it.

A blizzard is in the forecast, phones no longer work, and more bodachs keep showing up...

This was a quick read for me. I loved it so much, I was sad to have it end. But at least I can look forward to reading "Odd Hours" when it comes out on May 20! :-)