membered what I was trying to member in the video. The Lowe's Dude thought my nephew in the Marines was Evan. A) NOT ALL MIXED KIDS LOOK ALIKE! & 2) That was just stupid. Anyway, the last week of school, Evan wore a baseball cap into the weight room & all the boys stopped fooling around for a minute because they thought he was a coach. HA!

The Boy shaved his 'stache & then his head so he looks like a giant baby! My mother told him if he shaves his 'stache again, she's hoing to stand on the coffee table & beat him with her cane, LOL. He DOES look naked without facial hair...

DANIEL Sunjata, not David. WTFE, at least I remembered his last name. :-) 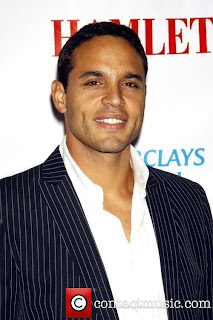