I fall down, go BOOM! 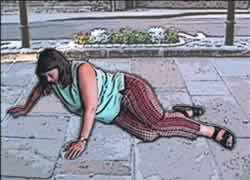 esterday I had a migraine. I was also sore from Tuesday's couch moving. So I took a Xanax & an Excedrin Migraine.

I think there are some things I should tell you first... 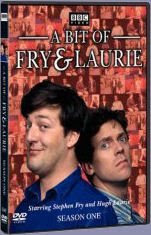 So, I'm standing at the TV stand, changing the DVD from Hard Candy to "A Bit of Fry & Laurie" for when I lay down because Hugh Laurie's voice relaxes me. Even when he's speaking in his British accent. I was also arguing with Evan about hooking up the Gamecube so I could play Lego Star Wars II.

When I tried to stand up, I knew instantly that I was going to fall.

I'm pretty sure that my eyes were open wide and I had an "Oh shit!" expression on my face. I remember reaching for Evan, hoping that he could pull me in the opposite direction and I wouldn't actually fall.

I think he was more "frazzled" like "Oh No! What am I supposed to do?" than anything. Why didn't he inherit my "Calm in an emergency situation" trait instead of my "Smartass at all times" trait???

Anyway, I fell down on top of the carpet steam cleaner & landed on my arm where the carpet meets the linoleum. The gold bar (or whatever) that they put down at the end of the carpeting felt like it had broken my arm.

After 10 minutes on the floor I was finally able to move my wrist, so I know it wasn't broken.

So, once again, I had to rub Icy Hot all over everything. Back & knees & I rubbed some on my right arm for good measure.

I took another Xanax & some Tylenol.

Thankfully, I don't feel sore as long as I don't try to walk, LOL.

I always have my worst falls in the summer.