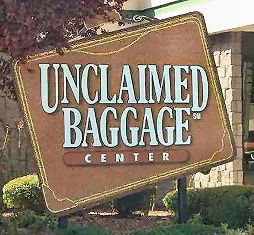 esterday we went to Unclaimed Baggage in Scottsboro, Alabama. I don't know if they didn't have any air conditioning on, or if all the bodies in there heated up the place. It was HOT in there.

It's been years (two or more) since I've been there. I used to get all of Evan's clothes there because you could get a pair of pants for $2. I mean name brands. Like Sean John or whatever. I got my Kickass Cowboy Boots for $60. If you click the link it will take you to a page on my old website, HB is short for Honey Bunny which is what I called Evan back then.

So Evan found a GameBoy for $20.99. He got that & 3 games for it. The only problem is that we don't have a screwdriver small enough to open the back & change the batteries. We've both been playing the hell out of Crash Bandicoot on there and a little red light is on. I assume that means that the batteries are dying... 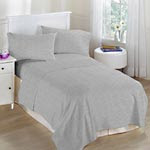 After The Boy made his purchases, I was ready to go. We went to my other home (Guess where?) and got him a new bike, new bike helmet & new pads. I got myself some t-shirt sheets since Evan has claimed my old pair.

The reason we went all the way to Scottsboro, AL to shop was because MD just told me that in AL, you only pay one sales tax. In TN there's on 9.75% tax & then another 8.35% tax for other stuff. In AL it's only the one 9.whatever% tax.

I knew there were 2 taxes. I look at my receipt every time. But I didn't realize that Alabama didn't have both of those taxes.

So now, not only will I be getting up early to fill up my gas tank, I will be going to AL for a lot of the junk that I buy. It's only 5 minutes to cross the state line to get dish washing liquid or whatever. Why not?

I was nervous driving home with my trunk sticking open with the bike in back. I mean, we had chained the bike & the trunk lid together with an actual chain, but I've heard that those police in Scottsboro will stop you for anything. At least around here, everyone knows me or someone in my family so I don't worry about getting pulled over. For anything, LOL.